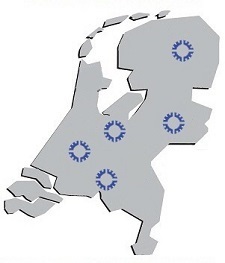 Office of the Press Secretary

Today, I am pleased to announce that the United States will stop the intentional degradation of the Global Positioning System (GPS) signals available to the public beginning at midnight tonight. We call this degradation feature Selective Availability (SA). This will mean that civilian users of GPS will be able to pinpoint locations up to ten times more accurately than they do now. GPS is a dual-use, satellite-based system that provides accurate location and timing data to users worldwide. My March 1996 Presidential Decision Directive included in the goals for GPS to: "encourage acceptance and integration of GPS into peaceful civil, commercial and scientific applications worldwide; and to encourage private sector investment in and use of U.S. GPS technologies and services." To meet these goals, I committed the U.S. to discontinuing the use of SA by 2006 with an annual assessment of its continued use beginning this year. The decision to discontinue SA is the latest measure in an on-going effort to make GPS more responsive to civil and commercial users worldwide. Last year, Vice President Gore announced our plans to modernize GPS by adding two new civilian signals to enhance the civil and commercial service. This initiative is on-track and the budget further advances modernization by incorporating some of the new features on up to 18 additional satellites that are already awaiting launch or are in production. We will continue to provide all of these capabilities to worldwide users free of charge. My decision to discontinue SA was based upon a recommendation by the Secretary of Defense in coordination with the Departments of State, Transportation, Commerce, the Director of Central Intelligence, and other Executive Branch Departments and Agencies. They realized that worldwide transportation safety, scientific, and commercial interests could best be served by discontinuation of SA. Along with our commitment to enhance GPS for peaceful applications, my administration is committed to preserving fully the military utility of GPS. The decision to discontinue SA is coupled with our continuing efforts to upgrade the military utility of our systems that use GPS, and is supported by threat assessments which conclude that setting SA to zero at this time would have minimal impact on national security. Additionally, we have demonstrated the capability to selectively deny GPS signals on a regional basis when our national security is threatened. This regional approach to denying navigation services is consistent with the 1996 plan to discontinue the degradation of civil and commercial GPS service globally through the SA technique. Originally developed by the Department of Defense as a military system, GPS has become a global utility. It benefits users around the world in many different applications, including air, road, marine, and rail navigation, telecommunications, emergency response, oil exploration, mining, and many more. Civilian users will realize a dramatic improvement in GPS accuracy with the discontinuation of SA. For example, emergency teams responding to a cry for help can now determine what side of the highway they must respond to, thereby saving precious minutes. This increase in accuracy will allow new GPS applications to emerge and continue to enhance the lives of people around the world.